The Life Of Car Ignition Coil

The Life Of Car Ignition Coil

Once the ignition coil is abnormal, the spark plug will not work, and the mixed gas in this cylinder will not deflagrate. If the vehicle loses one cylinder, the lack of power is normal.

The failure of the car to an alarm maybe because the fault is not serious, so it can only be felt in the state of rapid acceleration. Everyone should pay attention to this aspect of observation.

Decades ago, we spent a night in the car because of a broken ignition coil.

In fact, the damage of the ignition coil is easier to judge. When the vehicle is driving, the engine suddenly jitters abnormally (after driving a long kilometer), accompanied by obvious lack of power, then you have to consider the possibility of ignition There is a problem with the coil.

1.Judgement of the quality of automobile ignition coil

3)Open the engine cover, observe the running engine, and find that the engine shakes obviously. This kind of jitter is obviously not the jitter under normal engine working conditions, and the jitter is very large.

If only one ignition coil fails, the remaining three cylinders work normally, and emergency driving is not a problem, but it is very unfavorable to the car's engine, base, and connecting parts. The auto repair master recommends that the owner temporarily stop using the cylinder lacking vehicle. If the ignition coil of more than one cylinder is burned, it is recommended to stop driving immediately.

2.How long is the life of a car ignition coil

Remove the spark plug and smell the gasoline on the spark plug. Unplug the high-voltage wire 3~7mm away from the cylinder to do a fire jump test, there is a spark. Preliminary judgment is that the fault may be caused by the mixed gas being too thick.

The reasons for the mixed gas being too thick are: the air filter is too dirty; the throttle valve choke cannot be opened or closed completely; the oil level of the float chamber is adjusted too high; the oil inlet needle valve is not closed tightly; the air volume hole of the main fuel supply system of the fuel injector is blocked; the thickening device is not tightly closed, etc.

When overhauling, first check that the air filter is not dirty. Changing the opening of the choke door, the fault has not been eliminated.

Then remove the fuel injector, the main fuel supply hole is not blocked, and the thickening device is well sealed. From the inspection, the fuel system is working normally. Check that the cylinder compression pressure also meets the requirements. It is estimated that the fault may still lie in the ignition system. Check that the ignition system, the distributor cap, and the spark plug are normal. The ignition module was replaced later, and the fault remained. 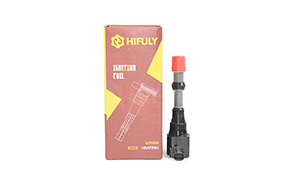 After replacing the ignition coil, the fault disappeared.

We are ignition coil suppliers. Please feel free to contact us.

Previous The Importance Of Spark Plugs

Next Symptoms of Defective or Malfunctioning Ignition Coil 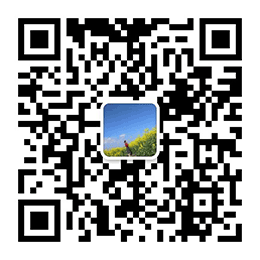